After-Dark Fun with RiverRun at the Marketplace Cinemas Drive-In!

RiverRun and Marketplace Cinemas Winston-Salem are pleased to be teaming up on a series of exclusive drive-in movies throughout summer and early fall! Next up, join us on Sunday, November 22nd for a screening of the documentary On Broadway, sponsored by Truliant Federal Credit Union and Ernest & Martha Clayton Logemann! All RiverRun at the Marketplace Drive-In screenings are sponsored by Parkway Lincoln. 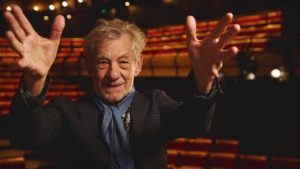 Synopsis:  An all-star cast tells the inside story of Broadway’s return to prominence thanks to innovative work, inclusivity, and a savvy balance between art and commerce. Legends including Helen Mirren, Alec Baldwin, Viola Davis, Hugh Jackman and Ian McKellen take us behind the scenes of Broadway’s most beloved shows.

RiverRun at the Marketplace Drive-In screenings sponsored by Parkway Lincoln