Titles in this program include: An Ostrich Told Me the World is Fake and I Think I Believe It; Five Cents; Frydenlund Hair Parlour; Loop; Mia; Object of Life; Paddy; There You Are; Unforgotten; and Yallah!.

Directed by: Lachlan Pendragon
When a young telemarketer is confronted by a mysterious talking ostrich, he learns that the universe is stop motion animation. He must put aside his dwindling toaster sales and focus on convincing his colleagues of his terrifying discovery. It’s scary business living in a stop motion world, where your faces come off and a giant hand controls your every move.
11 min / Australia / 2021 / English
Rating: MT 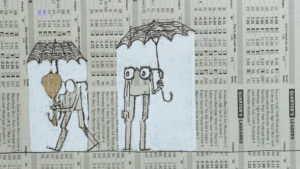 Directed by: Aaron Hughes
A consumer finds himself in over his head after a string of purchases go out of control. Drawn by hand on thousands of market data pages from The New York Times, The Wall Street Journal, and the Financial Times with ink, white-out, gouache paint, gold leaf, and other materials.
5 min / USA / 2022 / English
Rating: TN 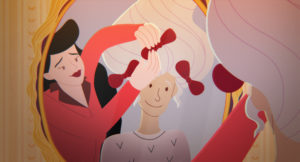 Directed by: Hanne Berkaak
A WW2 story focusing on hair, not heroes. Five siblings and their hair parlor offer women of the small Norwegian town Narvik a sense of normality in the midst of madness and despair.
14 min / Norway & Belgium / 2021 / Norwegian
Rating: MT 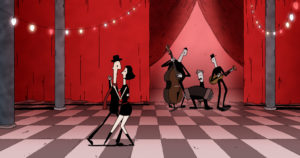 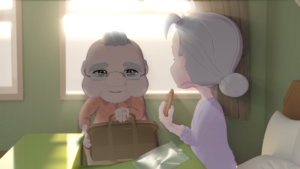 Directed by: Ryoichi Mori
Judy, who is now old and living in an institution, suddenly feels different when she sees her husband Nick, who visits her every day. She tries to remember something.
13 min / Japan / 2021 / n/a
Rating: TN 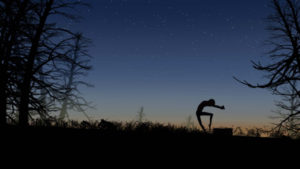 Directed by: Jack Parry
The Object of Life is a joyful marriage of music and motion. Every push, every gesture, every pulse, synchronized, resonating, and connected with the powerful music of Fanfare Ciocărlia, finding meaning through the intoxicating dance of absurd pointlessness.
3 min / Australia / 2021 / English
Rating: MT

Directed by: Haoran Zhou
Is there always an answer up there? To find his favorite toy, a little scarecrow starts on an adventure. Along the way, he encounters a lot of strange sights: a lost paradise, a tide of immigration, an assembly line, a parade…
15 min / China / 2021 / n/a
Rating: MT 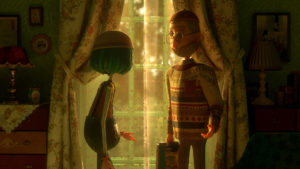 Directed by: Rui Huang
After the death of her mom, Su feels estranged from her father. In honoring their traditional family camping trip on his birthday, she hopes to reconnect with him. But when her father cancels it in deference to his new girlfriend, Su is forced to deal with her unresolved grief.
6 min / USA / 2021 / English
Rating: TN 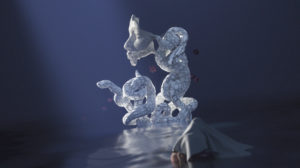 Directed by: Sujin Kim
During World War II, numerous girls and women were lured by fake promises to the Comfort Stations around the world where they were forced into sexual slavery for the Imperial Japanese Army. Half a century later, the surviving victims in South Korea decided to give their testimonies to the world.
8 min / Republic of Korea & USA / 2021 / Korean
Rating: MT 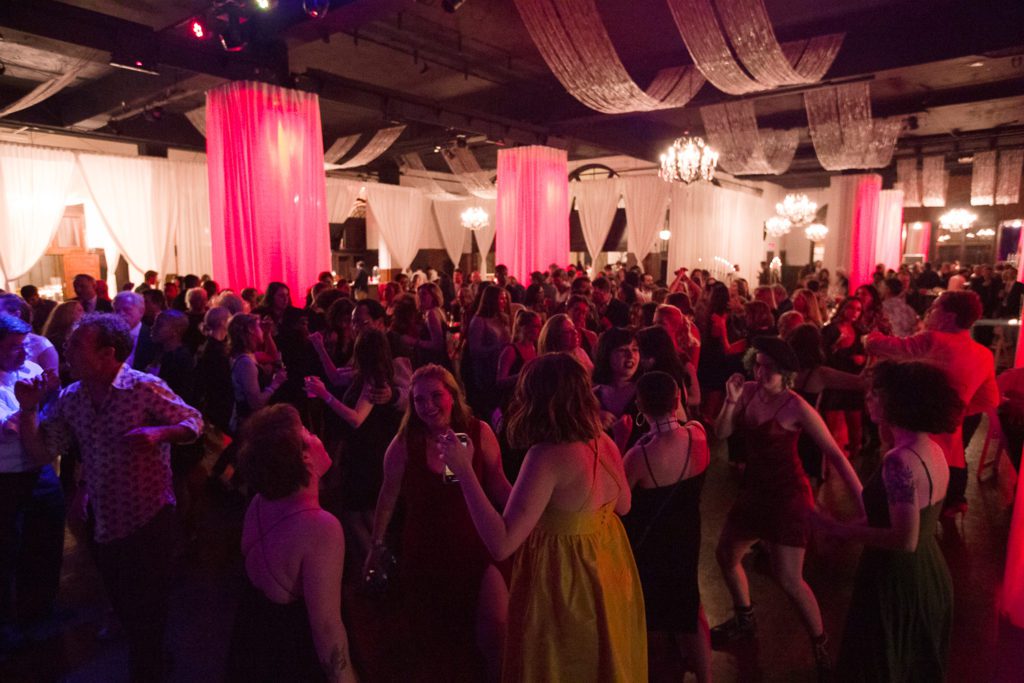 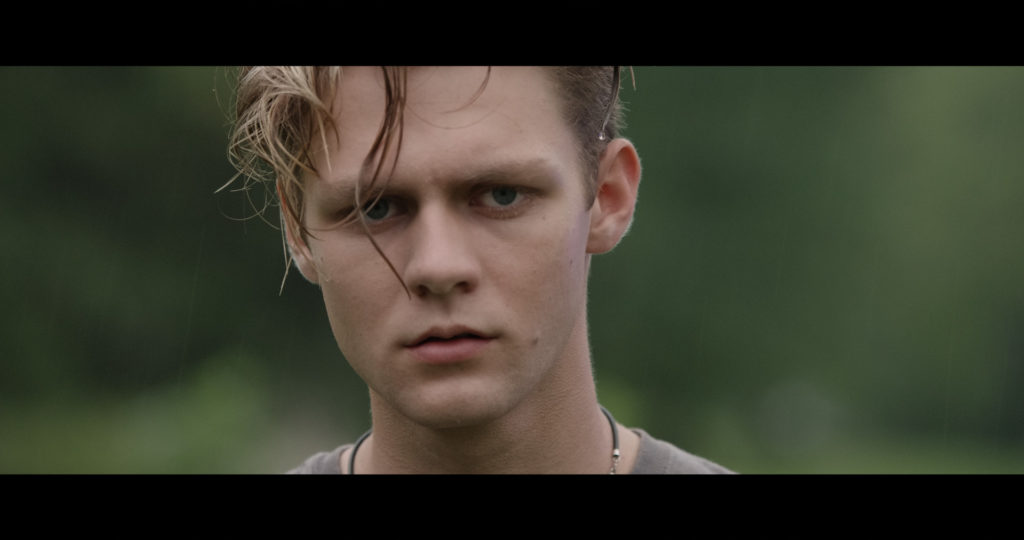 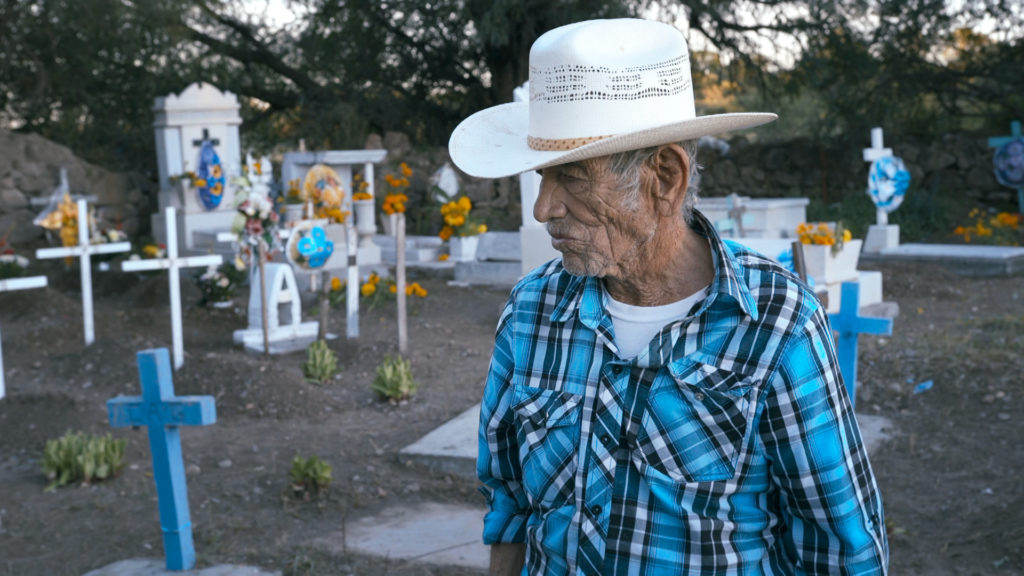 What We Leave Behind 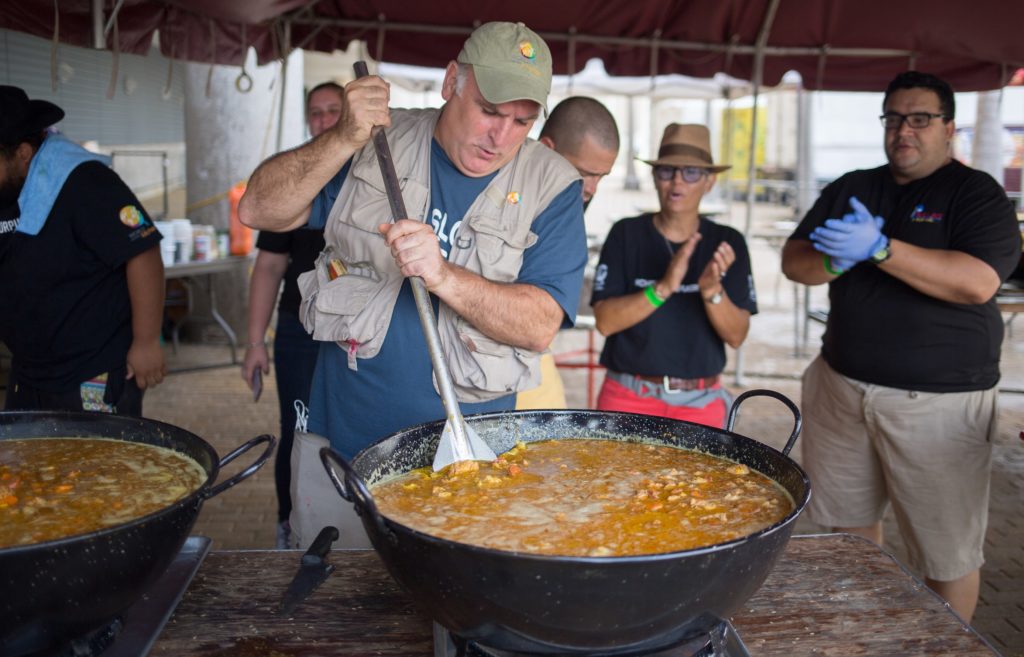