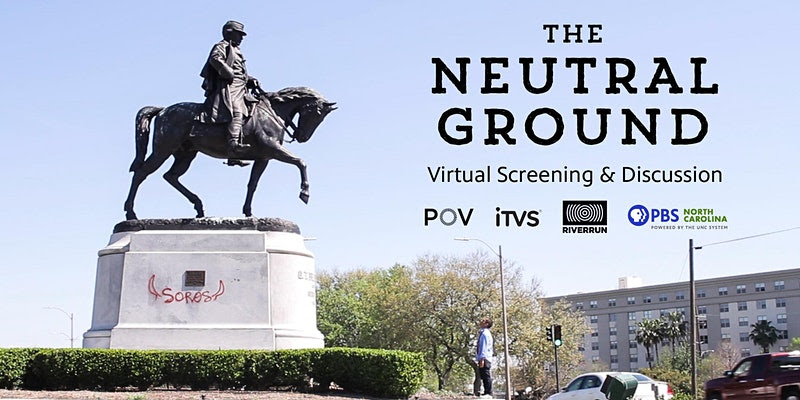 On Thursday, August 26 at 7 p.m., PBS North Carolina and RiverRun will present The Neutral Ground, which documents New Orleans’ fight over monuments and troubled romance with the Lost Cause.  In 2015, director CJ Hunt filmed the New Orleans City Council’s vote to remove four confederate monuments.  But when the removal was halted by death threats, Hunt set out to understand why a losing army from 1865 still holds so much attention in America.

This special event begins with a screening of the documentary, followed by a virtual discussion and Q&A featuring the filmmaker, CJ Hunt. He will discuss the film and answer questions about his process exploring the love some Americans still have for the Confederacy.

Registration for this free event is required.  To learn more and to register, click HERE.