In partnership with Parkway Lincoln, RiverRun presents the winner of the 2nd Lincoln Smartphone Short Film Contest. Participants were asked to make a film centered around the July 4th holiday and a Lincoln vehicle(s) and were judged on creativity and originality.

THE NAUTILUS by Anita Clark Anderson
Filmed on iPhone 7 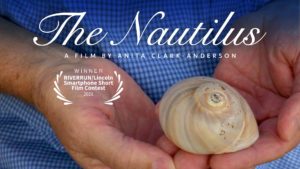